On the morning of 17 September, we had the pleasure of welcoming Prof. Oberhammer to Café Prückel as part of our “Disputes for Breakfast” lecture series. Thankfully, Prof. Oberhammer had agreed to give a lecture on one of the most interesting legal and political topics that civil procedure law currently has to offer: the implementation of effective collective legal protection – a “class action” – in Austria. The motivation for this lecture were developments home and abroad, particularly the European Collective Redress Directive (the “Directive”)[1] to be implemented in the course of the next two years and the emerging discussion on a COVID-19 class action.

Prof. Oberhammer kicked off his thoroughly engaging lecture with a question, asking the audience when they had first come across the topic of class action lawsuits. He quickly worked out that not only are the participants’ first recollections, but also current political discussions on class actions both heavily informed by notions of U.S. class actions. Concerns about punitive damages and contingency fees have become a regular part of the Austrian and European class action discussion, as is evident from the Commission’s recommendations on collective redress from 2013.[2] This is despite the fact that these issues have nothing to do with a class action lawsuit per se, but are rather a general part of US lawsuits.

The lecturer then presented his personal opinion on the topic of class action lawsuits. It would be undisputed or at least undeniable that the current legal situation would not allow for the effective enforcement of multiple similar individual proceedings with regard to comparatively low-value claims. The currently available “Austrian-style” class action lawsuit regularly leads to either early settlement of claims or – in view of the fact that non-related claims will become time-barred – to protracted legal proceedings.

The current discussions in civil procedural law are primarily dominated by two issues, namely access to justice and the privatization of dispute resolution (keyword: ADR). According to Prof. Oberhammer, therefore, these topics also shaped the discussion about the introduction of a class action lawsuit. However, whilst alternative dispute resolution could be an effective solution in the B2B sector, in the B2C sector the rising costs of the judicial system and the overburdening of the courts could not be effectively addressed by resorting to mediation or ombudsman proceedings, replacing the district courts. As long as it was the declared goal that consumers should be able to enforce individual claims, an honest discussion was necessary on how these claims could be effectively enforced before the state courts.

Prof. Oberhammer thus directed his lecture to the existing “ideological rifts” that would make the discussion in Austria more difficult. He pointed out that the inefficiency of the existing system was generally recognized. However, efforts to show pragmatic ways forward in addressing these deficiencies would be confronted by an ideological standstill.

Prof. Oberhammer pointed out that some political actors might not be fully aware of who the actual stakeholders were that would likely be affected by the introduction of a class action lawsuit:

Discussing the class action as part of protecting consumer interests would disguise the fact that its claimants would likely be part of the “middle class”. This was evident considering the typical subject matters of disputes that would have qualified for collective redress is the past. It was apparent that only the middle class could afford buying in securities or motor vehicles and therefore would be affected by failed investments, interest escalation clauses or faulty exhaust technology, for example. One could therefore accurately describe the discussion about the class action suit as one about the “access to justice for the forgotten middle classes”. In such proceedings, this middle class, on the other hand, would regularly be confronted by the financial industry and international motor vehicle corporations. Hence, the argument that the introduction of a class action would lead to a “crushing” of the businesses was a less likely scenario.

While the Austrian ideologically burdened debate stalled, other legislators around Europe, in particular the European Union, have acted in the meantime, the EU enacting its latest directive on such collective legal redress. Other than most European directives in the past, this Directive actually leaves many key questions – such as the procedural effects that this class action is supposed to have – unresolved. With the upcoming implementation of the Directive, the European legislator hence reignited the national debate on the issue.

After setting out the status quo of the national political discussion on the class action, Prof. Oberhammer then turned to a number of concrete issues that would have to be adequately addressed and overcome by the legislator when implementing effective collective legal redress.

Generally, one would have to decide which instruments should be created to simplify the joint enforcement of a multitude of similar individual claims. On the one hand, there was the option of a “model declaratory action” – as already implemented in Germany – aiming at the binding determination of preliminary questions common to all other proceedings. On the other hand, a collective action for performance could be implemented, which the current Directive envisages. The latter would go one step further, aiming at obtaining an award of money for the claimants and not only favorable findings for their cases.

Prof. Oberhammer went on to explain that creating procedural rules, defining the subject matter of such declaratory actions and its procedure was manageable, as Germany had demonstrated. However, enacting a balanced regulation that would ensure the effective distribution of a collectively awarded sum would be significantly more challenging. Since substantive law provides that the claims of the involved class members were individual claims, procedural law could hardly override this by providing for a collective award and a subsequent distribution mechanism. In particular, regulating the adequate and fair distribution of the collectively awarded sum was a complicated exercise. While a distribution mechanism could be agreed on in a collective settlement, for example, this would necessarily be different in the case of a judgment by the court.

Further, Prof. Oberhammer noted that the question of whether and how a collective action for damages would affect potential claimants had to be clarified. Generally, either an opt-in or an opt-out system was conceivable, meaning that potential members of a class would either have to actively choose to participate or elect not to participate in the proceedings. Meanwhile, it is clear that Austria’s implementation of the Directive will choose an opt-in system. Prof. Oberhammer pointed out, however, that especially in collective settlements, an opt-out system could be an attractive solution for all parties involved: it would provide legal certainty prior to the statute of limitations, as the affected businesses could consider the risk from potential future lawsuits resolved and all potential claimants would be compensated.

Also, the highly relevant question of how such collective action would impact the statute of limitations for potential claimants would have to be settled. In the opinion of some, the opt-in system could lead to a “chilling effect” for non-participating claimants, if the class action would be obstructed by the affected business and hence proceeded slowly up until the point where the non-participants’ claims were time barred.

Prof. Oberhammer presented two options of how adopting relatively neutral procedural mechanisms could ease the workload of the courts within the current legal framework:

First, the lecturer suggested that there were considerations to extend the scope of the interlocutory judgment (§§ 393, 393a ZPO – Zwischenurteil) to certain preliminary questions of fact and law for “Austrian style” class actions. Thus, by clarifying these issues in a binding manner for all pending proceedings in advance, it would not be necessary to address all aspects of the individual claims up until quantum before it was clear, that the claims could be successful on the merits.

Second, it could also be considered to qualify the principle that all evidence in the proceedings must be taken by the deciding judge (principle of immediacy – Unmittelbarkeitsgrundsatz). For example, where the same witness would testify on the same matter in similar cases, an extension of § 281a ZPO could be discussed, allowing the use of the transcript of his testimony as evidence without hearing that witness again.

Prof. Oberhammer went on to explain that there might be a temptation for judges to circumvent the strict requirements as to parties’ right to be heard (as e.g. by maintaining joint files on issues common to several judges’ cases, or by misapplying the evidentiary principle of court notoriety by extending it to complex factual questions).

While such procedural irregularities of course should not happen, Prof. Oberhammer pointed out that such would be the natural reaction of overburdened courts, who otherwise considered themselves unable to provide effective legal protection within a reasonable period of time. Prof. Oberhammer concluded his engaging lecture by highlighting the need to equip the judiciary with mechanisms to reasonably and adequately fulfil its tasks.

[1] See the Proposal for a DIRECTIVE OF THE EUROPEAN PARLIAMENT AND OF THE COUNCIL on representative actions for the protection of the collective interests of consumers, and repealing Directive 2009/22/EC.

[2] See the COMMISSION RECOMMENDATION of 11 June 2013 on common principles for injunctive and compensatory collective redress mechanisms in the Member States concerning violations of rights granted under Union Law (2013/396/EU). 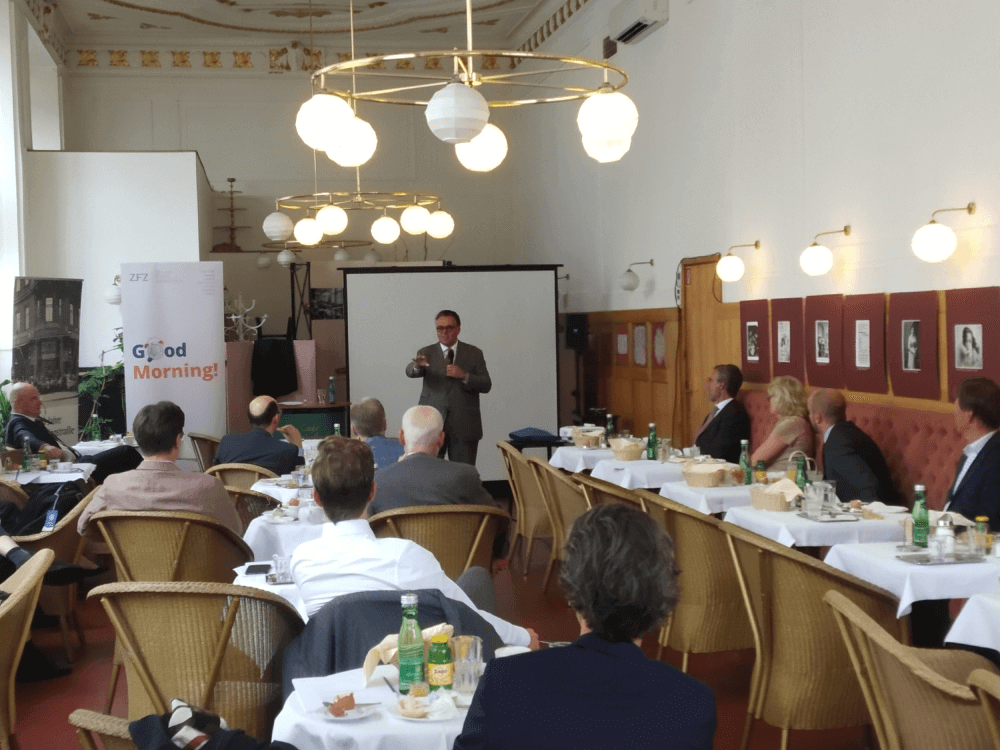 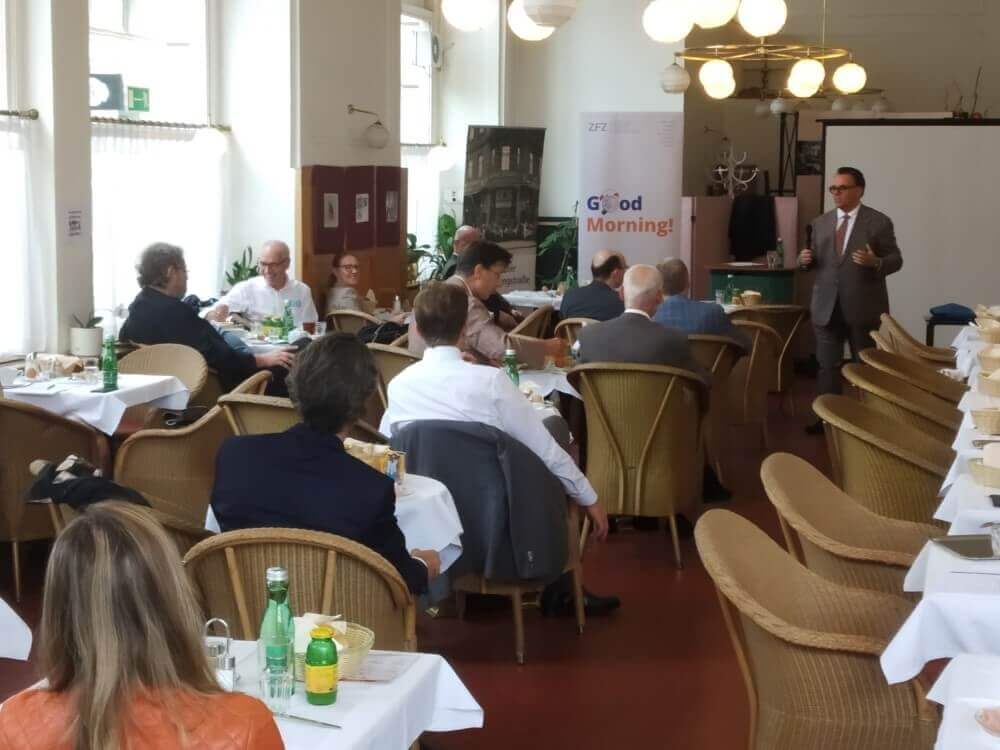 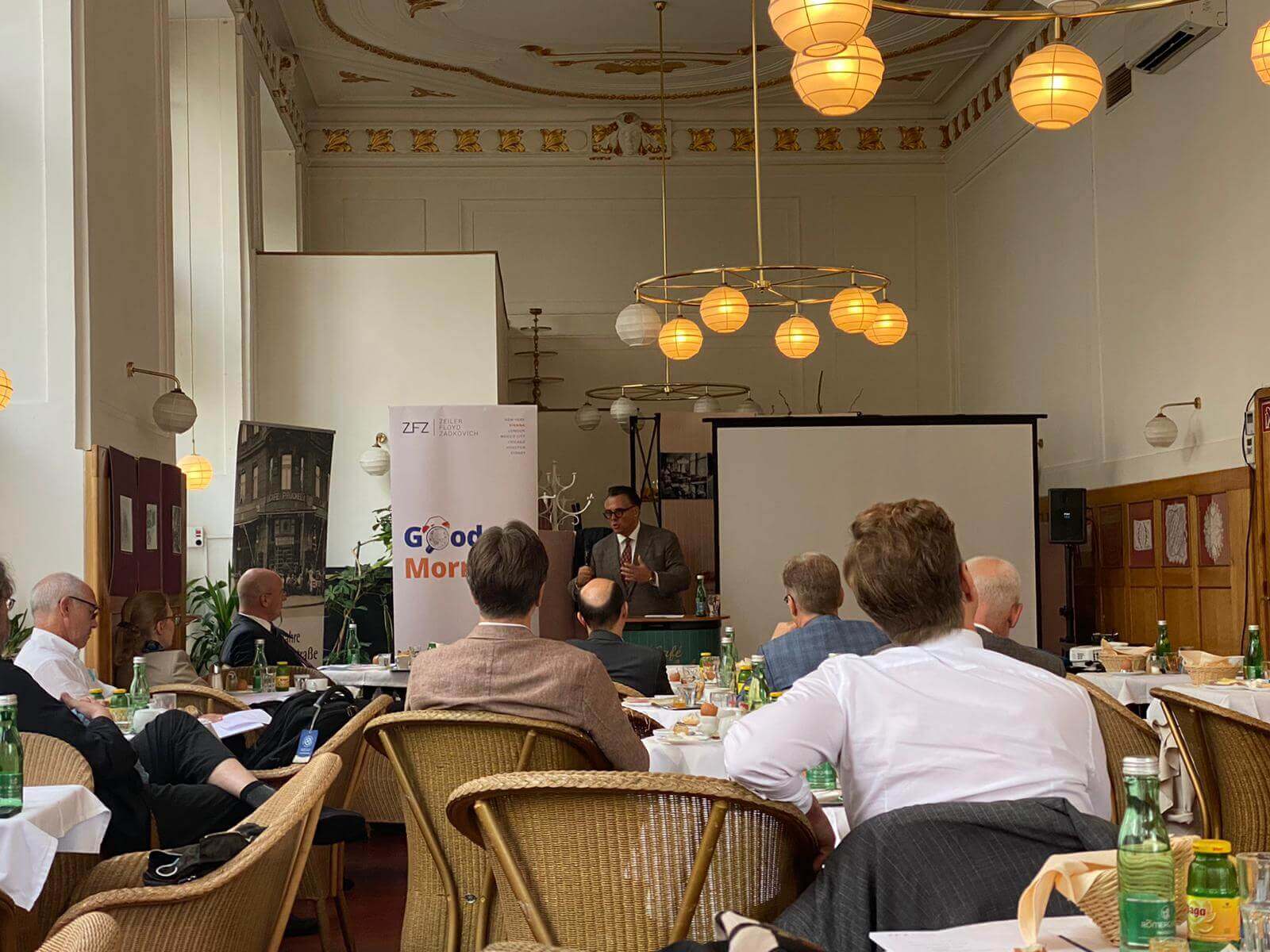